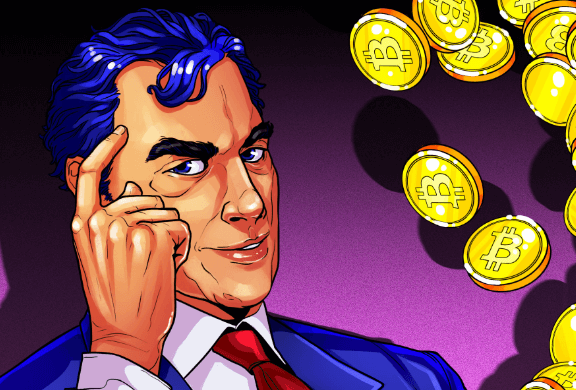 It’s true, Tim Draper has picked losers. He tells me this even before I ask him. The VC legend who backed Hotmail, Tesla, SpaceX, Coinbase, Ledger and many other successful companies readily coughs up that he has invested in lemons. Some, he says, have totally gone out of business, but others just didn’t give him the money back…

“By the same token, there are winners that make us a couple of times on the money and then some that give 1000x the investment,” he tells Magazine during a rare in-person appearance at Web Summit in Lisbon, Portugal in early November.

It’s a question he is asked a lot, to be fair. His investment success rate is impressive, even his lemons are impressive — think Theranos for example — but he manages to keep on finding good projects. Of course, a successful VC can pick and choose from the cream of the crop and that may tilt the outcomes toward the positive, but Draper puts it down to his four-step evaluation process.

The single biggest denominator in companies that succeed is trust, according to Draper. Another crucial factor is there is only a single decision-maker in the business — with faith among the team in that leader.

One definite company killer is when co-founders do not get along, maybe both of them believing they should be CEO which can lead to a lot of second-guessing and delays.

The marketplace in which projects are hoping to operate must also be free of limiting restrictions or excessive regulation.

“If the U.S. government had regulated the internet back in the ‘90s, we wouldn’t have had the same success in Silicon Valley and beyond. Companies need to feel free to innovate. And they can’t feel overwhelmed by government regulations.”

His fourth evaluation criterion is oddness. Yes, eccentricity is good for business.

“A lot of the winners are often a bit odd. Their ideas are sometimes left of center and often I go, whoa, what are you doing?”

Hotmail was one of these cases — the idea of a free web-based email was totally at odds with the way the internet was, at the time, being built. And Skype changed their business proposition on the fly to a freemium model, just as Draper and his team were about to write the check.

“As for Tesla — who needed another car company especially when one looked at the disaster that was DeLorean?”

Finally, everyone needs enough money to succeed and Draper feels sometimes people have not anticipated how much they will need. “It’s better to build in a long runway when it comes to looking for funding, rather than running out halfway through.”

On a positive note, Draper reckons that by the time an entrepreneur hits the 25th pitch, they have it sussed in terms of their business, the competition and the market. He likes to see the 25th pitch rather than the first, as it saves him time.

Draper’s knack for picking winners extends to picking cryptocurrencies. Back in 2014, Draper famously purchased 29,656 Bitcoin seized by the U.S. Marshals at a bid of $640 per Bitcoin, He famously ended up winning all nine lots to his surprise, but he wasn’t unhappy then or now. Go on, do the calculation: that’s almost $2 billion in today’s value. But, Draper thinks it’s going much, much higher. He tips $250,000 by the end of 2022, or early 2023 at the latest.

He reckons he was overconfident in the United States Marshall sale — but he didn’t expect to win all nine lots. A lot of people have only heard the auction part of the story, but it was actually just a way to make up for 40,000 Bitcoin he lost in the Mt Gox fiasco.

“I’ve always been bullish on Bitcoin — for me it represents freedom, cross-border freedom. I also love the trust element — freedom and trust are a great combination,” he says.

Draper Associates has approximately 30 unicorns under its belt, give or take a few million, including Skype, Hotmail, Twitter and Tesla. When asked about this level of success, Draper says he is a little different from other venture capitalists.

“I am a seed venture capitalist and I have entrepreneurialism in my blood. When I meet people with the same drive, the same ‘let’s get this done’ approach then I click. I need to see the drive in their eyes and know it’s in their heart.”

“Another difference is in my outlook. Other investors ask what can go wrong. I ask what if this works? What if it works and something really extraordinary happens to humankind and society — then it might be worth a try.”

Draper is very encouraged by the recent news surrounding world governments taking steps toward adopting Bitcoin. He is enthused that countries like Panama, Uruguay, and Ukraine look as though they are following El Salvador’s example, where it has become legal tender.

He has first-hand experience of decision-making in South America. He relates an ongoing conversation with the former president of Argentina, Mauricio Macri. Draper had first chatted with him about Bitcoin when it was valued at $10,000 and then again when it had dropped to $4000 two years later. At the same time, the Argentinian Peso had gone from $0.75 to $0.25. Draper made him a wager — if the Argentinian Peso outperformed Bitcoin he would double his investment in the country.

“Then I added, if Bitcoin outperforms the Peso then you should make Bitcoin your national currency. But, Marci was concerned about the ramifications of the IMF — much in the same way El Salvador is facing international sanctions.

“It’s the wrong way to look at it. When countries like El Salvador make these decisions, the money will follow. I’m going to El Salvador myself, as will many more investors.”

Draper thinks El Salvador has made a brilliant decision and will capture the first-mover advantage. Not only will the citizens become accustomed to using cryptocurrency, but the introduction of blockchain will also help eradicate corruption across the country.

Draper is bullish on all things Bitcoin. He really likes the idea of running Bitcoin end to end in his investments.

“Moreover, when the company sells, all the money goes through a natural waterfall into everyone’s Bitcoin wallets — everyone gets paid what they are supposed to be without the need for transfer agents, layers, accountants, bookkeepers and auditors.”“I’d love to operate a venture fund exclusively in Bitcoin. I would invest in Bitcoin, the company would pay its employees in Bitcoin, pay its suppliers in Bitcoin and the whole thing is a closed loop on the blockchain managed by smart contracts.

His belief in Bitcoin makes him shake his head over the recent COVID Paycheck Protection Program (PPP) loans in the U.S. and sees them as a lost opportunity. These PPP checks totaling some $953 billion were intended to keep businesses on credit and employees on the books.

“Why didn’t they pay it in Bitcoin? There is another $3.4 trillion they are about to spend and this way it would have kept its value.”

Here, Draper makes his feelings clear about the people running Washington, who are “way past their prime” and “they don’t want change.”

While Draper is pessimistic about American leadership in government, he is still excited about the tech sector and, in particular, the entrepreneurs in this space. He’d vote for someone like Miami Mayor Francis Suarez to be President of the United States.

“Someone like him could make sure America doesn’t fall behind,” he says.

Draper is enthusiastic about everything in the digital assets space, even central bank digital currencies with their questionable outcomes.

“I like every innovation that has happened around Bitcoin — the blockchain, the smart contracts, layer-two solutions, NFTs, decentralization, BitcoinCash, Ripple, Algorand, Tezos and all the great innovations. But, I like Bitcoin the most as it is totally decentralized.”

“So, if one government such as China says no to Bitcoin, then Japan pops up and says we’ll take it on. The last laugh is on China as the brain drain will head off to Japan.”

Core to Draper’s view of the future is light-touch government, and he again uses the example of if the U.S. government tried to regulate the internet, as “it would have crushed the economic value and brains would have just left the country.”

Draper’s children have followed him into the investments world with his daughter Jesse concentrating on women-backed ventures through her startup Halogen Ventures and his son Adam, founder of Boost VC which invests in startups that bring a science fiction future closer. Draper is proud as a punch of both while firmly remaining a generalist himself.

And while being consciously American, he sees a future world where borders will not exist. Already, he sees that the possession of a smartphone can open worlds to the holder.

“I’m hoping my grandchildren will ask me one day what is a border and when I explain, they’ll say — that’s just stupid, Granddad,” he says.

“If someone is a good programmer in Timbuktu, I want them on my team. We are moving to a world without borders and all that nationalism and patriotism is only the roar of a dying lion. Being physically present is no longer relevant and the sooner people cotton onto this fact the better. If the government puts up rules, people will just move to where the rules are easier or better.”

Draper reckons these borders are going to come down sooner than people think. In fact, he reckons that borders will become porous in as little as five years.

“We don’t need the borders or customs to keep people and things in and out. People will be citizens of the world and they can choose which government they want to belong to.”

“Would I swap my euro for drachma or French franc? Hell no. I am waiting instead for the day I can buy my food, my clothing and my shelter with Bitcoin. And when I can do that, why on earth would I hold dollars?”