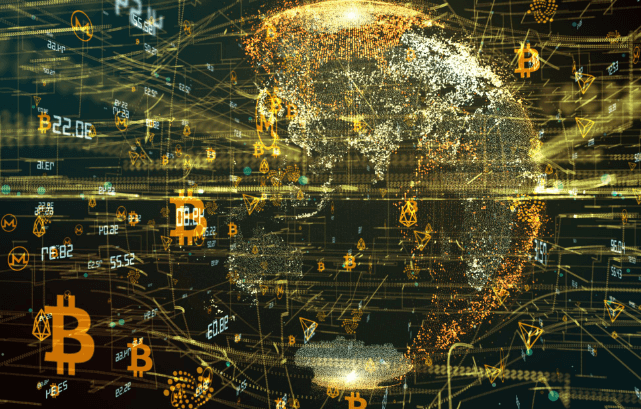 Blockchain technology is transformative for both our financial system and commercial enterprises, as well as for improving the human condition.

More and more unbanked citizens both abroad and here in the United States now can have the capability to transfer and receive funds from loved ones with speed, economic efficiency and anonymity, where necessary, from oppressive regimes and governments and unstable economies. Traditional financial systems that have long not been available in underserved communities in various parts of Africa, Asia, and Latin America must now recognize the power and efficiency of the blockchain…

Powers On… is a monthly opinion column from Marc Powers, who spent much of his 40-year legal career working with complex securities-related cases in the United States after a stint with the SEC. He is now an adjunct professor at Florida International University College of Law, where he teaches a course on “Blockchain, Crypto and Regulatory Considerations.”

In less than two years, decentralized finance, or DeFi, has sprung up. These communities can borrow and exchange funds in a matter of minutes for their businesses or personal expenses. Defi has grown from an ecosystem of less than $1 billion in early 2020 to one with over $250 billion in locked value today. Interest in nonfungible tokens, or NFTs, has equally exploded. These collectibles and other forms of NFTs captured more than $10 billion in sales volume in quarter three, up from $1.2 billion six months prior.

Importantly, these blockchain use cases have legal and regulatory considerations. In particular, the United States Securities and Exchange Commission has made clear that most forms of tokens should be considered “securities” and thus subject to both the jurisdiction of the SEC and the regulatory frameworks of U.S. federal securities laws.

In a recent article in The International Journal of Blockchain Law, the SEC’s newest commissioner, Caroline Crenshaw, notes: “Many DeFi offerings and products closely resemble products and functions in the traditional financial marketplace. […] Market participants who raise capital from investors, or provide regulated services or functions to investors, generally take on legal obligations.”

In other words, certain aspects of DeFi likely involve the jurisdiction of multiple federal authorities, including the Department of Justice, Financial Crimes Enforcement Network, Internal Revenue Service, Commodity Futures Trading Commission and SEC. In the NFT space, there is no question that various intellectual property rights are implicated, such as copyright and trademark laws, as well as possible securities laws.

The need for tech-educated lawyers

It is clear there is a growing need for lawyers here and abroad to understand these possible legal issues and jurisdictions. It is, or should be, obvious that the best lawyers are those who can counsel their clients from a sophisticated understanding of the area of business in which their clients operate.

To counsel clients involved in the Defi space, wouldn’t you want a lawyer with the technological literacy to understand blockchain and the legal issues surrounding it? And perhaps one with education or experience in finance or accounting, rather than one who studied philosophy or chemistry in college? As the many uses of NFTs explode, shouldn’t your lawyer have a good handle on the IP laws and artistic rights associated with the proposed NFT?

I believe lawyers should, and that is part of the reason I am now teaching both blockchain law and fintech law at Florida International University College of Law in Miami after practicing law at law firms and the SEC for 40 years. As businesses start-up or grow into the use of digital assets, they will need guidance on the “rules of the road,” as I believe most businesspeople want to do the right thing and follow established laws.

For this, they should be able to turn to the next generation of lawyers — those currently in law school — for the answers, or at least for the correct guidance. Yet shockingly, only around two dozen or so of the over 200 law schools here in America teach a class dedicated solely to blockchain or solely to financial technology, last time I checked. That is only 10% of all law schools! That has to change, and rapidly.

Earlier this year, I wrote a column about concerns I and others have with China’s efforts to have the digital yuan replace the U.S. dollar as the world’s reserve currency, stating that the U.S. has to more quickly embrace the idea of a central bank digital currency (CBDC) and its development. The same is true with our new crop of lawyers. We must be educating them in new technologies and the use cases of blockchain, artificial intelligence, data analytics, and augmented and virtual reality, among others. This will vitally assist them in better-representing clients.

The last great technology was the internet, which the U.S. dominated in its development — but that was 25 to 30 years ago. U.S. leadership and dominance are not present with blockchain technology. Lawyers can assist in advancing this goal, with a good understanding of both the technology and laws affecting it, helping to shape or reshape the laws that do and should apply to it.

The intersection of technology and U.S. laws

Let’s look briefly at two legal cases demonstrating how NFT activities have found their way into the crosshairs of U.S. laws. In a lawsuit filed on Nov. 16 in federal court in Los Angeles, Miramax sued director Quentin Tarantino, who had been a collaborator on various movies, for breach of contract, copyright and trademark infringement, and unfair competition.

Tarantino had allegedly been preparing to sell seven previously unpublished, unused scenes from his Pulp Fiction movie script in December. Miramax claims this violates its rights to the movie in various operative agreements, and Tarantino apparently believes these proposed NFTs are his to sell under the “reserved rights” provisions of his contracts with Miramax. A cease-and-desist letter from Miramax to Tarantino is apparently being ignored by him. It will be interesting to see what happens with this next month.

In a lawsuit filed in May in the Supreme Court of the State of New York, Dapper Labs — developer of the Flow blockchain and collaborator with the National Basketball Association on selling NBA Top Shot Moments — was sued in a class-action lawsuit. The gravamen of the complaint is that the tokens on the Flow blockchain, which powers and brands the NFTs, are “securities.” Also at the center of the lawsuit is the NBA Top Shot “Marketplace” itself, located on  its website, where you can purchase and sell these “Moments.” Thus, it is alleged that the sale and exchange of the tokens involve the sale of unregistered securities in violation of Section 12(a)(1) of the Securities Act of 1933.

Noteworthy is that the legal proceeding was filed in state, not federal, court and that the NBA itself was not named in the action. This can perhaps be explained in that the NBA was not the “issuer” of the securities and that the plaintiff’s lawyer prefers state court, where a judge may be more inclined to allow the case to proceed and not subject them to sanctions.

These cases are illustrative of my point of needing lawyers who understand these technologies and their legal implications. So, let’s get to training our future lawyers for the future, as the future is now!

Marc Powers is currently an adjunct professor at Florida International University College of Law, where he is teaching “Blockchain, Crypto and Regulatory Considerations” and “Fintech Law.” He recently retired from practicing at an Am Law 100 law firm, where he built both its national securities litigation and regulatory enforcement practice team and its hedge fund industry practice. Marc started his legal career in the SEC’s Enforcement Division. During his 40 years in law, he was involved in representations including the Bernie Madoff Ponzi scheme, a recent presidential pardon and the Martha Stewart insider trading trial.

The opinions expressed are the author’s alone and do not necessarily reflect the views of Cointelegraph nor Florida International University College of Law or its affiliates. This article is for general information purposes and is not intended to be and should not be taken as legal or investment advice…