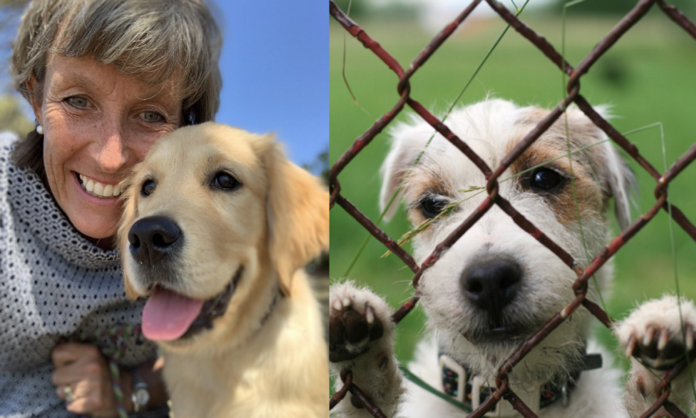 A woman in Ohio was reunited with her beloved dog that was stolen as a puppy from her eight years ago during a home invasion.

Julia Nemeth raised Junior from a puppy and was determined to get him back, holding out hope she would eventually find him again. However, the search proved difficult. She scoured shelter photos over the years, hoping to see her smart, friendly furry friend looking back at her.

“She thought she found him on Craigslist listed for sale, but the poster never responded to her email. While she checked the Humane Society of Summit County website, her searches never matched up with his time at our shelter,” agency officials said on social media.

Junior was known as “Buddy” during his sporadic stays at the shelter which started after he was first surrendered there in July 2018. He became a favorite among staff and volunteers but did not show the same personality to visitors. He was adopted and returned three times over the years.

In mid-December, Julia saw Buddy’s picture on the Humane Society of Summit County website and knew it was Junior. She talked with the shelter staff and discussed Junior’s personality. Buddy displayed similar quirks.

During an initial meeting, Buddy started licking Julia’s face. He even performed commands from her hand signals, ones she taught Junior as a puppy. She knew it was Junior. The next day, Julia brought her four children to meet Junior to make sure he would fit in. He left that night.

“I keep asking my husband to pinch me because I can’t believe this is real,” Nemeth said in a statement. “I can’t believe Junior is home. He carried me through the challenges of my life and to have him back means everything to me.”

Junior, now 9 years old, is settling in, enjoying time snuggling on the couch, chewing his toys, and playing fetch. He also is getting along well with the family’s other dog.

“The little ham will get to spend the last of his years as he did in the beginning directly attached to my side,” Nemeth said on social media. “My family is finally complete again.”