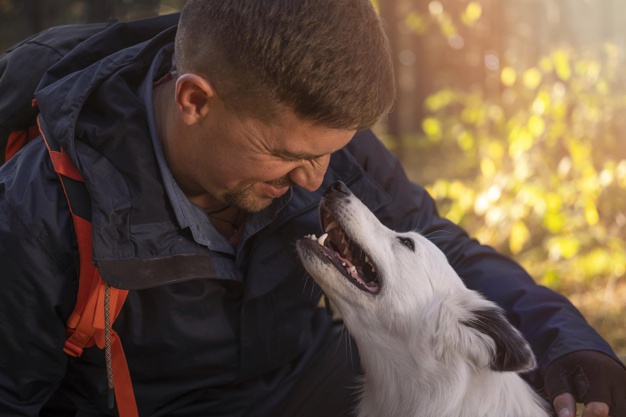 « Our animals are safe and thanks to the incredible response from the community everyone is settled and safe warm and secure, W-Underdogs said in a statement »

A homeless man is being hailed as a hero after he risked his life to rescue several dogs and cats from a fire at an animal shelter.

The man, Keith Walker, rushed inside the W-Underdogs shelter after a fire broke out Dec. 18, the facility said in a Facebook post.

“Tonight we thank our guardian angels. The homeless man that ran into our burning house and rescued our animals,” it said. “Our animals are safe and thanks to the incredible response from the community, everyone is settled and safe warm and secure.”

The facility said its owner was out picking up supply donations when it got a call that the shelter was on fire. Atlanta fire officials said a homeless man rushed to the scene “and helped bring the animals to safety,” W-Underdogs wrote.

“And once it became clear that the house was uninhabitable volunteers mobilized to relocate the animals safely to the new facility. In the midst of our misfortune we rest tonight with nothing but gratitude for the community that continuously supports us,” it said.

The facility said it often provides food and shelter to Walker’s dog, Bravo. It is organizing efforts to help Walker.

A GoFundMe that was set up had raised more than $36,000 by Tuesday morning.

“We have received a flood of requests on how people can help Mr. Keith Walker, the hero who saved our animals from the fire. Rest assured we have Mr. Walker’s best interests at heart, and are exploring how to best manage donations that have come in on his behalf,” the facility said Monday on Facebook.

Walker told news8 that he was “nervous” to run into the burning building but that he knew he had to save the trapped animals.

“I was really scared to go in there with all that smoke. But God put me there to save those animals,” he said. “If you love a dog, you can love anyone in the world. My dog is my best friend, and I wouldn’t be here without him, so I knew I had to save all those other dogs.”

Officials deemed the blaze an electrical fire, W-Underdogs said in a statement. The shelter was left uninhabitable, but all of the animals were taken to a new facility.