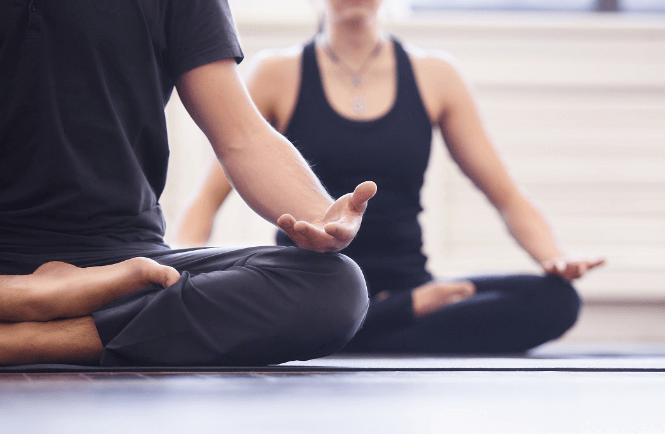 When you want to spice up your cruising experience, why not take a hobby cruise?

Music-lovers can throw themselves into rock cruises or classical forays; gourmets can relish haute cuisine and wine tastings; while golf fans can swing out at suitably renowned courses…

Those looking for more novel diversions can chase the stars and even strip off on nude cruises or join a special voyage for cat-lovers. Here’s our pick of some of the special-interest sailings coming up later this year and beyond.

YOGA IN THE WEST INDIES

Sail to serenity: Practising yoga on board a Star Clipper. Enthusiasts can either learn the basics or hone their technique on the ship’s yoga-themed sailings

Where better to practise your lotus position or vinyasas than under the billowing sails of one of Star Clippers’ graceful tall ships?

The boutique line offers yoga-themed sailings where enthusiasts can either learn the basics or hone their technique on the teak decks of these classical clipper yachts during early-morning sessions or as the sun sets, while the ship powers through the waves.

STEP ABOARD: A seven-night, round-trip voyage from St Maarten, which includes calls at Nevis, Antigua and St Barts, departs on March 5, 2022. From £1,465 pp, flights extra ().

The Hebridean Princess sets sail from Oban, pictured, on a trip around the glorious gardens of Scotland’s west coast

Thanks to a Gulf Stream microclimate, these shores are home to a profusion of exotic blooms, from Himalayan blue poppies and vivid rhododendrons at the renowned Inverewe Gardens near Loch Ewe to 40 acres of herbaceous borders and terrace walks at Armadale Gardens on Skye, where the ruins of Armadale Castle sit at its heart.

STEP ABOARD: One-week round-trip from Oban, including Ullapool and Iona, departs on May 3. From £4,990pp ().

Broadway takes a starring role on a series of Crystal Cruises sailings with stars and backstage professionals bringing New York’s theatreland to the seas with elaborate productions, solo performances and presentations. The line has a partnership with producer and Tony Award-winner Kevin McCollum, whose credits include West Side Story and Rent.

Passengers attend a performance in Maastricht, pictured, on the final night of Saga’s Germany and Holland sailing

Pay homage to modern-day ‘King of the Waltz’ Andre Rieu at a spectacular open-air concert with his Johann Strauss Orchestra that promises to turn up the tempo on this Saga Holidays river cruise.

Staged in his home city, Maastricht, the performance is on the final night of a Germany and Holland sailing, promising a memorable musical finale to a week exploring Dusseldorf, Roermond and Venlo, plus the World War II battle site at Arnhem.

STEP ABOARD: Seven nights from Cologne to Maastricht departs on July 23, from £1,649 pp, including coach travel ().

TEE OFF IN THE MED

Golfers can stride out across five of Europe’s leading courses during this Mediterranean cruise. Azamara has teamed up with PerryGolf to offer a series of sailings that give passengers a chance to pitch and putt their way around destinations including the Baltic, the UK and the Med.

Courses featured on this sailing include the Majorcan course Son Gual, near Palma, and Sperone Golf Club on Corsica.

Elephant Island, pictured, is one of the stunning stops on Silverseas’ wildlife and astronomy-themed cruise

This wildlife and astronomy-themed cruise to the White Continent on Silverseas’ Silver Cloud vessel coincides with the rare spectacle of a solar eclipse.

The natural phenomenon is set to strike during the line’s forthcoming voyage to the Antarctic Peninsula, Elephant Island, the South Shetland Islands and South Georgia, with expedition staff able to share their knowledge on the natural phenomenon. Its arrival coincides with a busy time on the continent as penguins build their nests, seabird chicks start to hatch and fur seals pups are born.

STEP ABOARD: An 11-day package that includes the round-trip voyage from Ushuaia in Argentina and overnight stay in the city pre-cruise departs on November 30, 2021, and is from £17,100 pp, including flights ().

This has to be the ultimate voyage for feline fans — though all moggies must be left at home.

The aptly-titled Meow Meow cruise, visiting islands in the Caribbean, encourages fans to invest in a T-shirt decorated with a picture of their cat.

They can also take part in a kitty scavenger hunt, a Meow Meow Mixer cocktail party and themed trivia games.

STEP ABOARD: The seven-night sailing from Port Canaveral in Florida departs on October 16 this year. From £486 pp. Flights extra ().

Take in the Christmas markets of Amsterdam, Belgium and Germany on this round-trip cruise, from Southampton.

STEP ABOARD: A seven-night ‘Northern Europe Christmas Markets’ cruise leaves from Southampton on December 11 and returns on December 18, 2021, from £549 pp ().

The Big Nude Boat cruise – which is ‘clothing optional’ – starts its voyage from Tampa, Florida

If you fancy cruising in the buff to Bonaire, going naked to Nassau or casting off your clothes en route to Colombia, then this could be for you.

U.S. travel firm Bare Necessities has been organizing ‘clothing optional’ cruises since 1991. Its largest charter-ship sailings are its Big Nude Boat cruises for up to 3,000 passengers. Billed as clothes-free, child-free, and carefree, the cruise requires guests to cover up while in port and in ship restaurants.

STEP ABOARD: The next Big Nude Boat voyage is a 14-night round-trip Caribbean cruise from Tampa, Florida, departing on February 13, 2022.