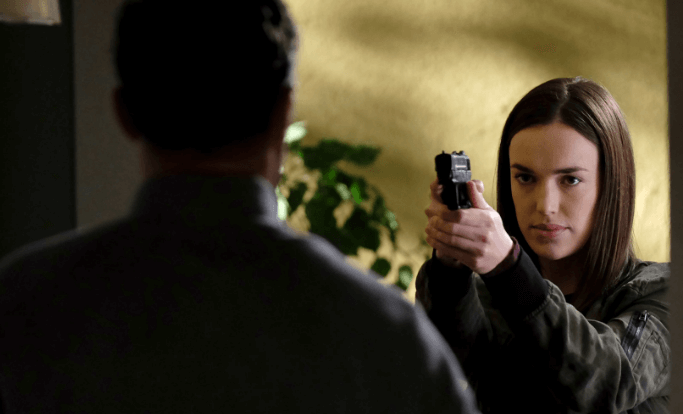 Dear Mariella, I just wanted to let you know that not long after your column started I wrote to you. I was in utter despair as my husband had left and I think I was having a breakdown. I thought at the time your reply was quite harsh. However, you were right, I did need to get a grip and concentrate on my children.

Years later, everything worked out in the end, I became stronger, we sorted out our relationship properly and we have been happy. Yes there have been ups and downs and our son, who was not quite two when I wrote to you, was later diagnosed with a very rare and serious condition. There is nothing like having a sick child to put everything in perspective and we have totally focused on doing everything we can to get him the best help and support. He is now 10 and doing well at the moment.

After the past few years, despite the pain and heartbreak, I feel as strong as an ox and I have learned so much about myself. Thank you for helping me all those years ago. I needed to wake up – and I did.

Dear Mariella, I wanted to get back in touch with regards to a letter of mine you responded to in 2008. I mentioned that I’d thought of killing myself. Obviously I’m not dead, but I wanted to say that I’m better, I’m happy, and nothing I feared has come to pass.

Dear Mariella, your response to a 16-year-old girl experiencing depression moved me greatly. I am head of year at a secondary school and it seems that every week I am dealing with a teenager who is experiencing a mental health problem. I fear that recent cuts have caused havoc for many of our students and often I feel powerless that my advice is half-baked. (The training courses I have been on never capture the raw vulnerability that teenagers with mental health problems feel.) I often go home feeling angry and frustrated that I cannot do more to help. Your response was refreshing, thought-provoking and, more importantly, full of compassion. I hope you don’t mind, but I will be plagiarising your advice!

Dear Mariella, I’m writing to say thank you very much for your thoughtful reply. I am normally very cynical about the internet and the false, too-easy sense of immediate connection that interactions over it can be imbued with – but it has been very important to me, reading not just your response, but the replies of other readers on the website. Something that didn’t even occur to me was that there might be men out there who might reply, and suggest what my boyfriend might think of me telling him my story – boyfriends and husbands who knew and loved other women who’d been raped.

Lots of answers seemed to come from women who had chosen to tell, and had regretted it, but I don’t think there was a single response from a male reader who said anything except that they were glad their partners had told them. I found that very comforting.

This has been truly meaningful for me.

Dear Mariella, I had wanted to write to say thank you for your column for a number of years, but have never found the right moment. I was in an emotionally, and sometimes physically, abusive relationship for six years and never felt brave enough to leave. Your column helped a lot throughout this time, and your sensible, straightforward advice on many issues slowly spurred me on to make the changes that I found so difficult. It seemed like you were sitting in my living room with a glass of wine, giving some harsh but much needed advice.

Anyway, I left and I have never looked back. In this time I have completed my formal education, found a wonderful, kind man who makes me laugh and we have just found out we are expecting a baby. Whoop whoop!

Dear Mariella, I’ve just read your response to the dilemma, “My ex-wife is angry…” I did so as another way to beat myself – I’m an ex-wife, and I’m sure as hell angry with my ex, who could easily be the man who wrote in. I thought perhaps it would be salutary to see things from the ex-husband’s point of view. I’m so pleased you pulled that man up on his constant self-referencing, and politely but firmly told him his attitude was plain wrong. Thank you. After a shitty weekend of narcissistic male behaviour and runaway preteens, and me constantly at home, on my own, waiting to put the children back together again, it has truly perked me up. I feel validated.

Dear Mariella, I felt compelled to let you know how much I enjoy reading your column on dealing with life’s and love’s many challenges. You always write with such eloquence and thoughtfulness (and not little humor), to provide balanced and, if necessary, hard-hitting advice to those who seek it. Many of the responses you’ve written have resonated with me. I often read them, then return later.

Thank you, too, for reminding me that the daily challenges we each face in life are often mirrored in those encountered by so many others…READ MORE