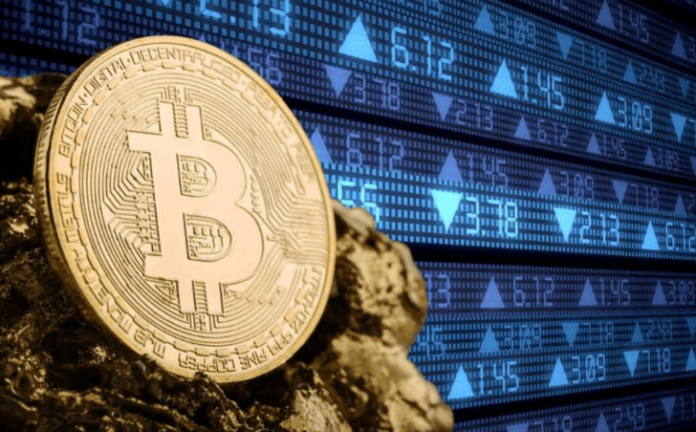 Ethan Lou is a journalist turned Bitcoin miner turned two-time author whose latest book, Once a Bitcoin Miner: Scandal and Turmoil in the Cryptocurrency Wild West, is a modern western recount a gloomy millennial’s rebirth in the wild west of crypto — complete with scammers, party drugs and a North Korean crypto conference.

“Want to go to a crypto conference in North Korea in April?” is not a common question, but was asked of me by Lou in early 2019.

The Pyongyang Blockchain and Cryptocurrency Conference, attended by about 100 people, is the big attraction in Lou’s book. This is because eight months after the event, in November 2019, Virgil Griffith, who worked with the Ethereum Foundation and who was among the attendees Lou got to know, was arrested by the FBI for breaking sanctions and illegally providing “highly technical information” to the North Korean government.

With Lou watching from the New York courtroom’s gallery on the first day of the trial in September this year, a “quite emotional” Griffith pled guilty to a charge of conspiracy to violate sanctions laws in a deal which may see him spend over six years in prison. This was a surprise to Lou, who notes that Griffith’s lawyers had requested the judge to allow for two suits “so that he can wear different outfits on different days,” suggesting that they, too, had expected the trial to last longer than a day.

Lou, who considered the conference an innocuous opportunity to see North Korea, recalls how Griffith’s initial arrest was a shock to everyone who had attended. He explains that the event was advertised as a crypto conference and he “thought we were going to hear from the North Korean crypto people because North Korea has been accused of doing lots of shady stuff with crypto,” referring to accusations of state-sponsored hacking, among others.

But, there were no North Korean crypto people.

“It turns out we, the participants, were asked to be presenters.”

Though it appeared that some of the attendees, like Griffith, came prepared to present, “most of us thought we were going to take information from the Koreans,” he says, adding that he declined to give a presentation. As most presentations were prepared just days before, the event’s content consisted of only “surface level, Wikipedia-type information.” Lou notes that the event was organized by “the cultural side,” of the DPRK administration and that their “crypto people” never made themselves known.

“I don’t think Griffith had any intention of benefiting North Korea in any tangible way. I don’t think he brought North Korea any benefits and he didn’t derive any personal benefit — he paid quite a lot of money to be at the conference.”

What the group of merry conference-goers missed out on expected North Korean crypto insight, they gained in friendships and interesting stories — much of the time was spent touring Pyongyang and getting “very drunk with our Korean minders.”

“It was a very interesting insight into North Korea for sure, but there wasn’t any crypto insight.”

Lou, 31, was born in Harbin, a northern Chinese city near the Russian border. He soon moved to Germany on account of his father doing Ph.D. work related to engineering there. Growing up in Germany, he developed a passion for reading and writing which inspired him to pursue the “very natural choice” of journalism for his undergraduate degree at Ryerson University in Toronto, Canada.

Lou discovered Bitcoin around 2012 while exploring the dark web with his friends. This secretive underbelly of the internet which can only be accessed by the Tor browser once played host to the infamous Silk Road drug marketplace where BTC functioned as the payment method. Its operator, Ross Ulbricht, was sentenced to life after his 2013 arrest which resulted in the United States government’s seizure and subsequent auction of 144,000 Bitcoin.

He re-encountered Bitcoin the following year in New Brunswick, a Canadian province on the Atlantic where Lou was an intern for a local newspaper when he interviewed Anthony Di Iorio, the founder of the Bitcoin Alliance of Canada.

Returning home to Toronto after his internship and variously working as a journalist for The Canadian Press and the Toronto Star, he familiarized himself with the burgeoning local Bitcoin scene where Di Iorio, who had relocated to the city and co-founded Ethereum with Vitalik Buterin, was now active.

Another character who Lou’s book recounts a meeting is Gerald Cotten, who, in 2013, founded the QuadrigaCX exchange before dying in India in 2018, taking the private keys to his 115,000 customer’s Bitcoin to the grave.

It was from Cotten’s exchange that Lou purchased his first Bitcoin that year and promptly “ordered 10 hits of LSD for 0.412 Bitcoin on the dark web.” There was no going back on his trip into cryptocurrency.

After working with the Toronto Star newspaper from 2013 to 2015, Lou was hired by Reuters which sent him to New York in early 2016, and later that year to Calgary where he focused on reporting about the energy industry. The province of Alberta, awash with oil and with Calgary as its largest city, is to Canada what Texas is to the United States. With its pre-oil history of cowboys, Calgary has held proudly to its western roots, and the oil boom of the previous decades no doubt attracted a new crop of daring adventurers seeking fortune in the west.

It was here that Lou organized a weekly Bitcoin meetup, where we met. Lou’s was not the only show in town, as Jan Cerato, a local crypto hype-man who held a meetup at a nearby cowboy-themed saloon on a different day of the week, somehow began to see him as competition. In Lou’s book, Cerato fills the role of comic relief via his various misadventures. “Moving in the same circles, I grew to respect Lou as a serious journalist — he once told me he would protect his sources even if it meant prison, a statement whose validity I never doubted.”

Lou had begun mining Bitcoin a few months prior when, while looking for his bike around the loading dock of the Reuters building, he happened upon a stash of treasure — eight discarded Dell Optiplex 780 computers.

“Each one could hold two GPUs, so it wasn’t a lot, but I ended up buying GPUs and using those to mine,” he recalls, adding that he needed to rent a car for $15.63 — which annoyed him — to lug the computers to his apartment a few blocks away.

“Eventually, it became a whole dedicated facility with ASICs.”

With the crypto industry moving a mile a minute as Bitcoin forked, the bull markets raged and his mines whirring in new BTC as he worked his corporate job at the news desk. Lou recalls that “I didn’t really have the chance to stand back and assess everything.” That was until one day, sitting in his grey cubicle, he “suddenly realized, if I so fancied, I could pick up the phone and buy an elephant.” He was a crypto millionaire.

No elephant was purchased that day but its scent was one of adventure, such which Lou felt was out of reach while living the 9-5 life. He resigned. “I had the feeling that I guess any typical millennial just entering the workforce feels — maybe they call this a quarter-life crisis. Am I in the right place? Am I doing what is meaningful to me? Since I have the means, why don’t I go on an adventure?” he recounts.

And adventures he went on. In addition to those in North Korea, his book details a time he and I spent on a “Thai island partying with members of a cryptocurrency incubator on a hillside resort.”

“The big boss who funded everything was an early Bitcoiner and had made a fortune. People came and went, staying for free, indulging in crazy merrymaking. At least once, they had allegedly brought over a shaman.” Lou wrote in Chapter 16.

Another adventure of his is a book of its own, Field Notes from a Pandemic: A Journey through a World Suspended, which was published last year. It recounts his travels through Beijing, Singapore, Germany and back to Canada upon the cusp of the pandemic which seemed to follow him and, with air travel all but shut down, left him sheltering in my empty apartment in the German town of Bayreuth for six weeks during the eye of the storm.

It has long been said, often by critics, that the cryptocurrency industry resembles the Wild West. Lou agrees, though making clear that “I don’t consider that comparison an insult. I think that there are lots of cool things about the Wild West, at least the idea of it. That which attracted people to the west back then is what attracts people to crypto right now.”

Though the real wild west was largely built on “injustice, colonialism and brutality,” Lou says that the dream of the wild west lives within our minds.

“The wild west has a powerful draw largely because it’s a place where there’s lots of opportunity and wealth — it’s also spacious and it’s open to everyone and, most importantly, it’s free from the societal hierarchies back home.”

“You go to the west so you can you can discard your past, you can bury your name and you can be born anew,” he says, inspiring ideas of poor European peasants moving to the wildlands of the Americas, or perhaps Di Iorio who moved west to Toronto where he co-founded Ethereum.

The wild west’s frontier eventually moved even further westward, and so it is in crypto, according to Lou. While more established players like VISA and cities like Miami are entering the partly-tamed lands, many of the early trailblazers like Coinbase, which has worked to sanitize its idealistic early days, have upgraded their disreputable gambling saloons into modern glass offices.

But, the Wild West heart of crypto is fighting back. Lou points to the example of Shapeshift, an old player in the industry whose CEO Erik Voorhees is transitioning the company from a “corporate structure to become a DAO, and the specific reason is that it wants to make it harder for regulators to rein it in. This is coming as the SEC is becoming increasingly hawkish,” Lou explains.

“A lot of law is suddenly entering this space. At the same time, people are coming up with ways to flout the law.”

The Metaverse, Lou believes, marks the next frontier.

“Our online lives are just as real as our lives offline now. Online, we have no rights — we are beholden unconditionally to the digital masters. I think we already live in a Metaverse.”

He uses the example of Facebook, now fittingly called Meta, whose Facebook Zero initiative allows for mobile users in certain developing countries to access “a form of limited internet curated by Facebook, but it’s free,” adding that “big corporations are shaping the way we perceive reality,” as this will cause many people’s entire experience of the internet to consist of only Facebook.

“Decentralized applications are the key to preventing big tech dominance. The Metaverse is not only inevitable, but already here.”